How To Become A Pilot In Indian Air Force

Through this blog, you’ll get a detailed guide on how to join Indian Air Force. 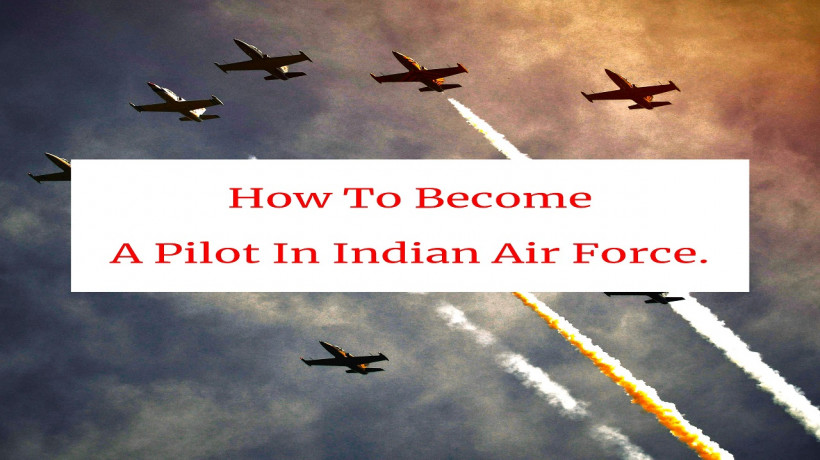 An airline pilot requires a bachelor’s degree in any subject, whereas a commercial pilot usually needs a high school diploma or equivalent. Some of the flight schools are part of 2-4 year colleges/universities offering the desired aviation or aeronautics degree, approved by the Federal Aviation Administration (FAA).

Appear For the Written Examinations

The first step of your dream to join Indian Air force is to give the prospective written examination which you can fulfil the eligibility criteria for. We have elaborated the different entrance exams specified for those aspiring for Indian Air Force in the following paragraphs:

The NDA Exam is conducted twice a year by the Union of Public Service Commission (UPSC) and can be your gateway to join Indian Air Force after class 12th. Once the candidates qualify the exam, they are provided with an option to choose any of the three armed forces i.e., Army, Navy or Air Force. Candidates will be assessed through two stages, first being the written examination and then the SSB (Service Selection Board) interview. Let’s take a look at the eligibility and NDA exam pattern elucidated in the following table:

Many of us often get allured about serving the country while pursuing a bachelor’s degree but you might feel clueless about how to join the Indian Army after graduating. For such aspirants, the best entry ticket is to qualify the CDS exam. Similar to NDA, the CDS also selects candidates for all the three forces and they are given a choice to opt for their desired force. Just as NDA, CDS is also held twice a year and is divided into 2 stages and qualifying both of them would be compulsory for the aspirants. Those who clear the exam will have to qualify the final interview by SSB. The table mentioned below provides a brief glimpse about the CDS Exam Pattern and its eligibility:

The undergraduates wanting to enter esteemed positions of the Indian Air Force can also appear for the AFCAT (Air Force Commission Test). Falling amongst one of the most prestigious government exams after 12th science, through AFCAT exam you can be recruited for the class-1 gazetted post in Ground Flying Duties (non-technical and technical). The exam is held twice a year and both male and female candidates can apply for it. Although the set eligibility criteria differ for one position to another, let’s take a look into the entry requisites and exam details to know more about how to join Indian Air Force:

The young and passionate individuals who possess a certification under the NCC at school or college level can also manifest their dream of acquiring a prestigious post under the Indian Air Force. NCC is one special entry ticket under the process of how to join Indian Air Force. The cadets do not have to appear in a written examination and just have to qualify the SSB interview. Candidates must keep in mind that they must have authorized certification issued by the official authorities of Indian Govt. for the particulars entry position (technical/non-technical). Moreover, it is necessary for both male and female candidates to have a bachelor’s degree (in the discipline specified).

Clear Stage I & II of Air Force Selection Board (AFSB)

Once the aspirants get shortlisted through any of the above-mentioned entry gateways, they will receive a call letter from the official authorities. Afterwards, the candidates will have to assemble at the AFSB centres. To completely evaluate your skills to fulfil the role of an Airways Officer, candidates have to go through two tests such as:

A merit list of all the selected candidates is prepared by the officials. They are closely evaluated on all of the above-mentioned parameters, be it medical examination, interview or written test.