Today, August 5, 2022, the Common Universities Entrance Test Shift 1 has ended. The test was given between the hours of 9 am and 12:15 pm at numerous test locations across the nation. Candidates can review the CUET UG 2022 Aug. 5

Exam Analysis below if they took the exam.

The vocabulary and grammar of the English language paper in Section 1 were the main topics. The goal of the 15 reading comprehension-based questions was to assess a person's vocabulary and foundational grammar skills.
Questions were based on figures of speech, fill-in-the-blanks, one-word substitution, synonyms, antonyms, and fill-in-the-blanks. Overall, the assignment was simple, and students could easily finish it in the allotted time. Some pupils even reported finishing the part considerably ahead of the 45 minute deadline.

Students' opinions today were mixed, with some ranking the papers in the domain subjects as moderately difficult, in contrast to preceding ones where most students had regarded the papers as being simple.

With 4-5 questions on the constitution and 3–4 each from international laws, arbitration, and legal services, students thought the Legal Studies paper was simple.History reacted in different ways. The part was too long, according to some students. The majority of the queries, however, were verbatim quotes from NCERT.Political science quizzes used the NTA Mock pattern. Coalition politics, regional aspirations, and democratic uprising were chapters and issues that received a lot of attention. Most of the questions, between 60 and 70 percent, came from the second political science textbook. Eight to ten of the questions were centred on the emergence of new social movements and the criticism of globalisation.

Less questions on current events and more questions about personalities, books, and authors were asked in the general knowledge section of the test. If one had practised thoroughly, they would have had no trouble solving the basic questions on the numerical ability test. There were four to five questions, each based on a percentage, ratio, numerical system, time, distance, and speed. There was also a simple to moderate piece on set theory. Additionally, a few straightforward geometry-related questions were posed as well. The section's reasoning-based questions were simple to moderate. Each of the following categories had 3–4 questions: series, coding, direction sense, and blood ties. And there were single-question rolls and mirror images. 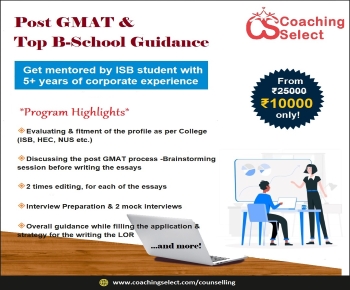